I swiped this beauty off the 'Bay the other day to add it to my Seattle Pilots collection. Since there are relatively few Pilots cards to begin with, I like to think this collection would be a wholly different experience from my other specific collections, since it would likely contain more autos and some non-card memorabilia.

O'Donoghue had a decent career. His 1970 Topps card turned out to be one of his last with his final game occurring the following year with the Expos, one of the other 1969 expansion teams. He did get voted into the 1965 All-Star Game when playing for the Kansas City Athletics, but he failed to get called out of the bullpen.

I think maybe his best days may have been during his college career with Mizzou, although he may have been trying to forget those days after he gave up the winning run in the 1958 College World Series to USC by way of a single and some Trojan small ball in the 12th inning.
Later on in 1993, John's son, John Preston O'Donoghue, pitched in 11 games for the Baltimore Orioles, was sent back down to the minors and never made it up to the show again.
Posted by sociallyawkwardjellyfish at 1:27 AM 2 comments:

State of the Blog Address 2013

I've just recently decided that I'm going to start this blog up again. I've got the pack fever again and blogging about this hobby makes me happy. Watch for fresh content coming real soon!
Posted by sociallyawkwardjellyfish at 2:54 AM 2 comments: 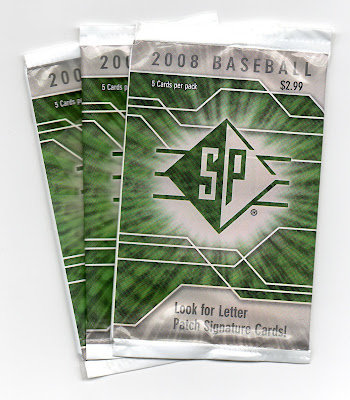 I got these as freebies thrown into my order at Dave & Adam's Card World a while back. I had bought a pack of these once before and I did like the crisp, clean design to them. 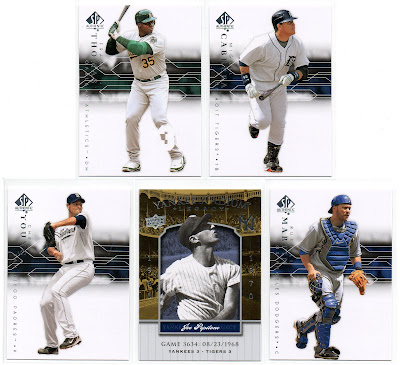 Pack 1: A lot of great Upper Deck products had a huge personal asterisk on them for me... Yankee Stadium Legacy cards. I'll keep 'em if they fall into my Hall of Famer collection or my star player collection.. but a lot of them, like this one, just have no home with me. 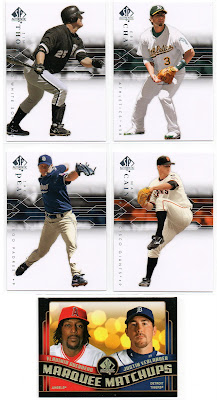 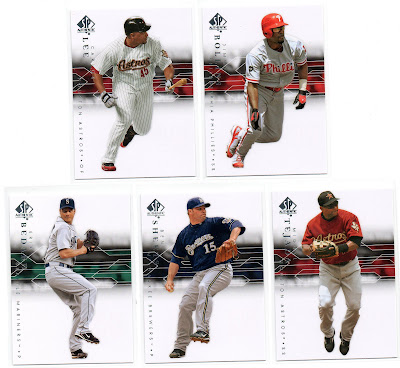 This pack reminds me of most Donruss / Panini packs I've opened, as in there's no insert whatsoever. Oh well. I still like the base set and at least one of the insert sets that I didn't get from these packs. If I had any 20's left after I used them all to get my fireplace going, I would try to put together this set, but I don't see that happening.
The only card I'm set on keeping is the Rollins. All others are up for trade.
Posted by sociallyawkwardjellyfish at 4:48 PM 1 comment: 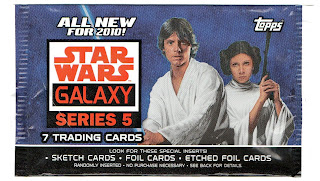 Finally, something new at the local Freddy's store! I usually try most non-sports cards that I have the slightest interest in their subject matter at least once. I came away with a pretty nice pull and unexpectedly knocked something off one of my 2010 goals! 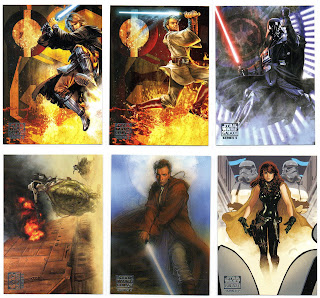 Darth Vader is always a welcome card and a hot redhead in black leather named Mara Jade is even more welcome. 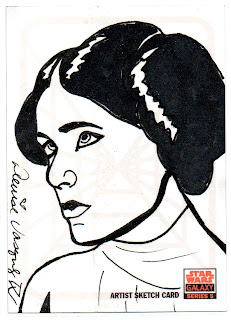 This is an original sketch card of Princess Leia drawn by artist Denise Vasquez. Not quite what I was hoping when I made pulling my first 1 of 1 one of my goals for this year, but I'll take it! Looking at some others on eBay, there are some really nice ones out there that make this one look like a first grader's sketch, and some of them sell for a quite a lot. I'm just going flip it on Ebay to get what I can for it.
Posted by sociallyawkwardjellyfish at 4:48 PM 1 comment:

SPOILER ALERT!!!
|
|
|
Well that was unexpected. I can't help but be a little mad at Darryl for throwing himself under the bus like that in the spirit of being a team player. BS. Darryl just didn't want to be there anymore and he found a way out. Darryl is a great guy but from what I saw, he let his charity down and his fans down, big-time, and got himself fired. At least I don't have to keep watching the show anymore. Thanks Darryl.
Posted by sociallyawkwardjellyfish at 11:05 PM 1 comment: 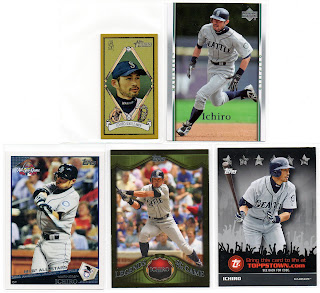 Here's the first of hopefully several long overdue trade posts! This one finished up about 2 weeks ago. Chris over at Budget Baseball Cardboarding offered up some cards on my needs lists and some Ichiros for a couple of Longorias he spotted on my blog. 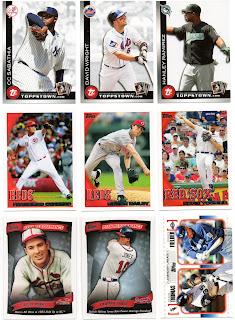 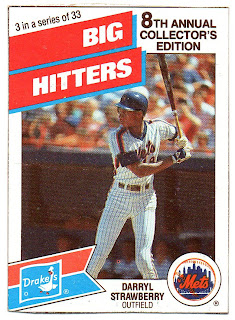 Chris surprised me by throwing in a bonus card, and wow! This is sweet! 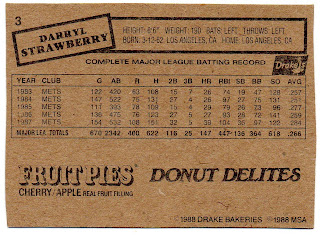 Thanks so much Chris! These are all great additions!!
Posted by sociallyawkwardjellyfish at 5:25 PM No comments:

State of the Blog Address

Fellow bloggers and esteemed search engine users, lend me your ear. 2 score and a few days ago, I began a new era of employment which has brought much prosperity to our family and friends. Debts have been paid, tasks have been completed and children have been fed. The sweet taste of success left a burning desire in our home for even more prosperity and happiness. This, along with the oncome of a great opportunity for our family, led me into the services of a second employer. Now a great lesson has been learned that with prosperity comes great hardship which cannot be used towards the cause of blogging. And with that comes the inevitable realization that a choice between the two employers must be made. But until certain things come to pass that are beyond my control, we must excercise patience during this period of uncertainty. Until then, the blog may suffer. Trading between fellow collectors may suffer. COLLECTING may suffer most of all! I urge you to not lose hope, as all things will come to pass. All trades set in motion are still in motion and will continue to move until the task at hand is completed. The system is still working. Have faith and God bless.