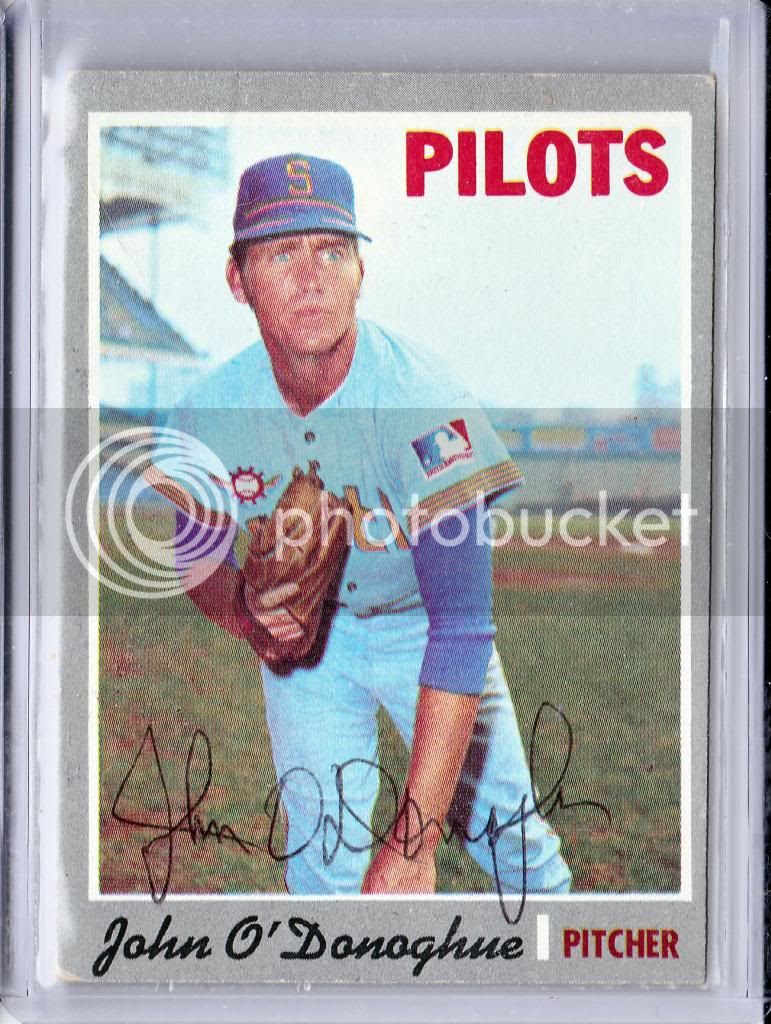 I swiped this beauty off the 'Bay the other day to add it to my Seattle Pilots collection. Since there are relatively few Pilots cards to begin with, I like to think this collection would be a wholly different experience from my other specific collections, since it would likely contain more autos and some non-card memorabilia. 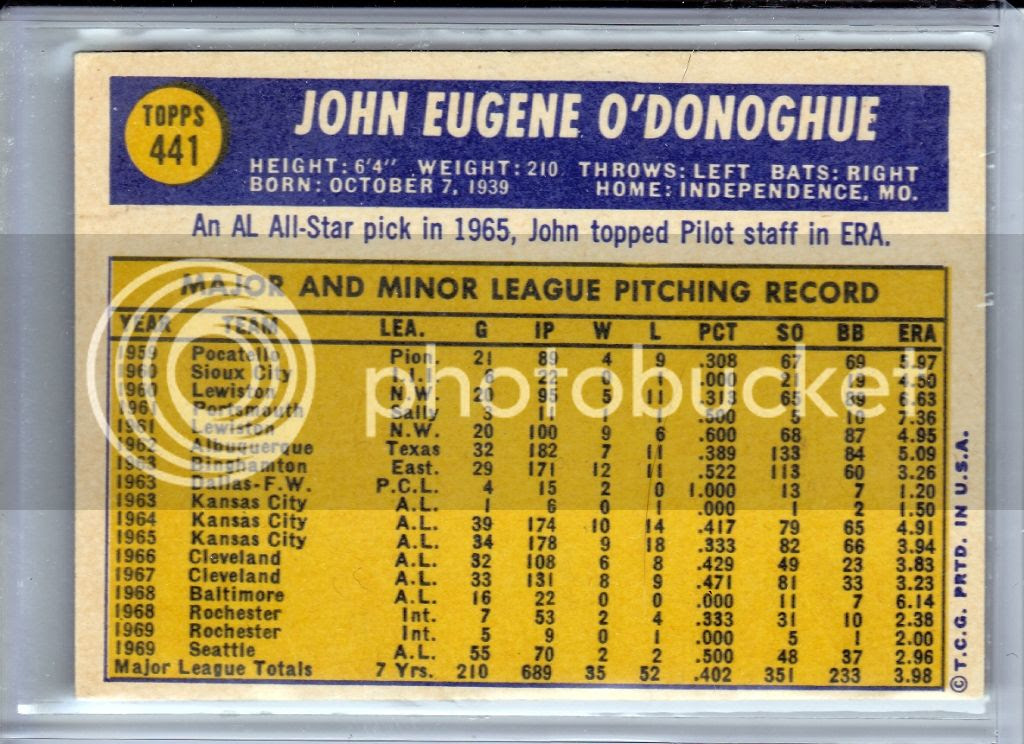 O'Donoghue had a decent career. His 1970 Topps card turned out to be one of his last with his final game occurring the following year with the Expos, one of the other 1969 expansion teams. He did get voted into the 1965 All-Star Game when playing for the Kansas City Athletics, but he failed to get called out of the bullpen.

I think maybe his best days may have been during his college career with Mizzou, although he may have been trying to forget those days after he gave up the winning run in the 1958 College World Series to USC by way of a single and some Trojan small ball in the 12th inning.
Later on in 1993, John's son, John Preston O'Donoghue, pitched in 11 games for the Baltimore Orioles, was sent back down to the minors and never made it up to the show again.
Posted by sociallyawkwardjellyfish at 1:27 AM

Nice post. I'm appreciate it. By the way I also will share new article from my blog.